Skip to content
☽ Welcome to Andewyn Moon ☾
I help out on a farm. I'm not sure if I've mentioned it before, but we're primarily a Tennessee Walking Horse establishment. There are a few boarders so we have a couple of rescued Thoroughbreds and a few quarterhorses (including my buddy Arthur!), and even a couple of ponies with all the attitude and swagger they bring (Oh, those ponies!).

This weekend Hal, the owner, hosted a clinic at the farm for training new inspectors on what to look for when checking a Tennessee Walking horses' hooves. 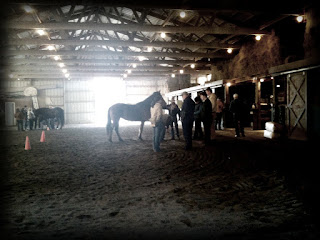 Why?
Because there are people out there who torture them with acid (called "soring") among other awful things to get the exaggerated gait that you may have seen before. Horses do not move this way naturally. Until a few years ago I didn't know this was how it was achieved, and maybe you didn't either. It's disgusting to see once you realize the pain these babies go through to make them walk like that.

The Walking Horse Association is diligent about catching horses that have been abused. Owners who abuse their horses are not allowed to show them in the association's events. That's what this clinic was about, training inspectors on what to look for. It's an intense process and those who attended were instructed ever so carefully.

Hal has rescued many horses that were tortured, like John Henry here. 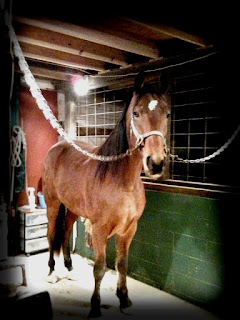 When John Henry came to Hal, someone had used acid on him and he was in really bad shape. Hal took the time to get him back to health and now he's a show horse, with his own beautiful natural gait. It took years to undo most of what had been done to him, and mentally some of it will always be with him. I think changing his mental view of humans is what took the longest because he'd learned that humans were the source of pain. He didn't trust, understandbly. Now he's a loving, sound boy because of the time that was spent retraining and building the trust back.
If you ever get a chance, you should go to to a Walking Horse show. They're incredible to see.
I also hung out a bit with these two this weekend.

Beauty (My name for her, because just look at her!) 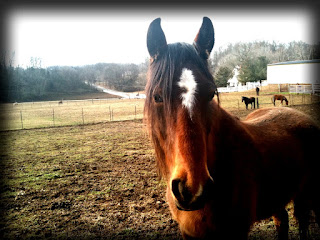 And Little Boo, who I want to be mine. I love him and his reddish tinged mane. We're going riding together this summer. 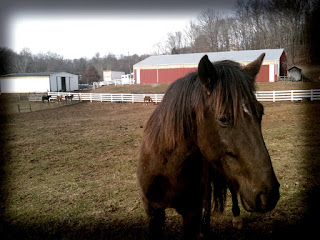 I've also got new work to show soon, yes I am still a designer and fabricator of jewelry! I looked back and realized that most of my recent posts have not had any jewelry in them. For shame!

Sign up for updates and private events just for you.